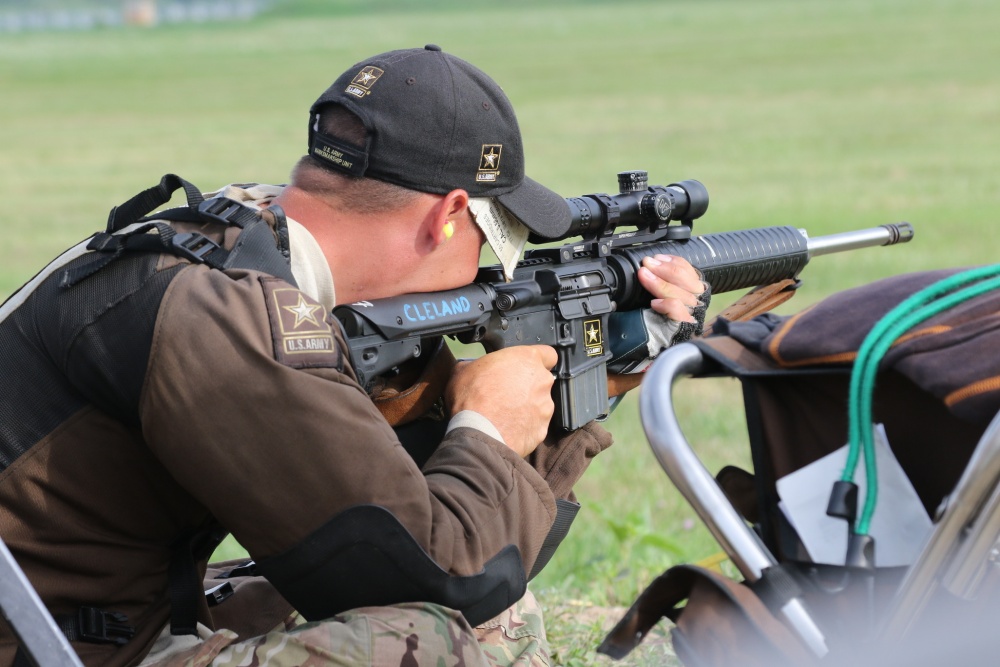 The Innaugural Dead Zero XTC Match was a complete success!

The match was run by our experienced Match Director Russ and the success is all his! Below is Russ’s Match Report and the Match Scores. We look forward to watching XTC grow here at Dead Zero Shooting and want to say “Thank You” to Russ and all those that came!

The Inaugural High Power match is now complete. I have to say as the Match Director I was pretty nervous with a new venue and using new technology in a decade’s traditional sport. However, it seemed to flow pretty gosh darn well if I do say so myself. I encourage you to talk to those who shot it and get an honest response from those folks, first hand.
The heat down in the Mid South around July and Aug can be downright dangerous at times. This weekend was no exception, with Heat Index in most of the State at or over 100 Deg. Lucky for our shooters we are up on Cagle Mountain where it is typically 10 to 15 Degrees cooler every day up here than most if not all of the locations in Tennessee. Looks like we hit 85 Deg up here on top of the mountain. Combine that with Electronic Targets, not having to do Pit Duty, a Very Large Covered Firing point, and a nice gentle Breeze…
Well, I can tell you it was pretty darn pleasant to shoot.
Shooting in the shade… In a HighPower Match!! Can you believe it!?

I believe my sign in and registration could go a little quicker and I expect that to do just that, as I work out those small details the more we do it. I had all shooters drop off there gear up on the line then come back to
the clubhouse to do the paperwork. Mostly I wanted them to stay in the AC as long as possible. So we did our brief and talked about some of the newer procedures for doing Rapid Fire, and convertible Sighting Shots
in the slow fire matches. Talked about Parking locations and other details of the match.

I have to thank Norm Anderson for coming up with a great idea for shooting our Rapid-fire stage. Typically I have every other
target shoot their two twenty shot strings of Rapid. This minimizes the E target from getting overloaded with massive amounts of data and losing shots. The Good Mr. Anderson suggested we shoot odd target numbers
for the first string of ten shots, then as soon as they completed there ten the other even number target points shot there string, within just a few seconds. Then back to the odd number and then back to the even for the second and final ten shot string of Rapid Fire, all within seconds of completion of each string. In effect what it did was eliminate data overload of the E-Target allowing the match to run very quickly, yet you didn’t feel like you had to sit in a position for too long. I remember so many times sitting in position waiting on my pit person to get the golf tees in the target, write on the scoreboard, and then get the target up in the air to see your group and score on a conventional range with pulled targets. It seems that the shooters waited no longer than that or less even, while odd or even shooting positions shot their rapid-fire strings using E-targets. I believe we will keep doing that. So again, thank
you Norman.

We had a couple of dropped shots today. I went to the CMP Rule book to look at the E-target Rules in a couple of cases. Every instance was resolved, I hope, in a positive manner. I don’t know about you, But I will give the shooter the benefit of the doubt in every case that I can think of. So hopefully those issues were received well by the shooters. Shots during Slow Fire are pretty easy to resolve, Rapid Fire however can be tricky.

So on to the Match! We had 19 shooters to include me today. That allowed an almost full 3 relays on the current 7 targets set up for XTC. We had four High Masters, seven Master’s, and eight Experts. Nothing in between oddly enough…LOL

Most everyone shot Service Rifles and 5 shot Cheater guns… Eh Hemm… I mean Match Rifles…Excuse me. All right, all right, settle down with the giggling and snickering. That always smiling Barney Gaskin in the Master Class shot a 194-5X today in Standing, winning Match number 1. Way to go Barney! I wondered where Tim French was as a couple of weeks
ago I witnessed him shoot a personal best of 196 I believe. However, Tim looked to have a rough Standing today and we have all been there have we not? Sitting was won by none other than Norm Anderson with the only clean Sitting score of the day which is hard to believe that was the case. A 200-10X for Norm to win Match # 2. Moving on to Match #3 Rapid Fire Prone Norm Anderson again won that match with a 199-9X besting me by one X. He made sure to point that out I might add. Some good friendly ribbing among former teammates is what makes this sport so great.

Rolling on to 600 yards, again, that Match was won by Norman Anderson… and once again.. Besting me by two X’s this time with a
198-10X. Turns out I can’t shoot one 8 and expect to shoot a clean…sigh. Barney Gaskin after winning match one Standing cleaned house on the Master class with a 780-20X. Always great to see Barney and great job sir! SandBagger, Tim French ( Just kidding Tim) rolled up the Expert class with a 767-19X. Not his best score but good enough today to lead the pack. Top Honors today went to me, Russel Theurer with a 789-25X. So Norm didn’t get me on the Agg…And I might add I was a true gentleman and did not rub it in LOL.

Winds were pretty gentle today with a nice breeze that kept things cool. Mirage was thick and very readable at 600 yds. The 200 and 300-yard stages winds were almost straight away as our range here is very protected. It can get tricky at 600-yards at our range because of a deep creek at about 450 yards but today it was pretty easy.

Again as usual I witnessed the best people in this sport help others when gear and or gun does not work for them. Folks running to help if they can with what they can. God, I love these guys. There is no better group of people. So if you can join us in the future I would love to have you come join us here at the Dead Zero Shooting Park!

Until next time, Favor Center